Over the last decade, the Brooks Borrowers team has been working on an investigative report to uncover the unjust business dealings of CEC/Brooks and the impact it has had and still has on it’s borrowers. This is still a work in progress. It’s not complete and we are always looking for those who are great at internet research, hold personal relationships with faculty and administration and those who can help with copyediting. Please email us if you would like to help. 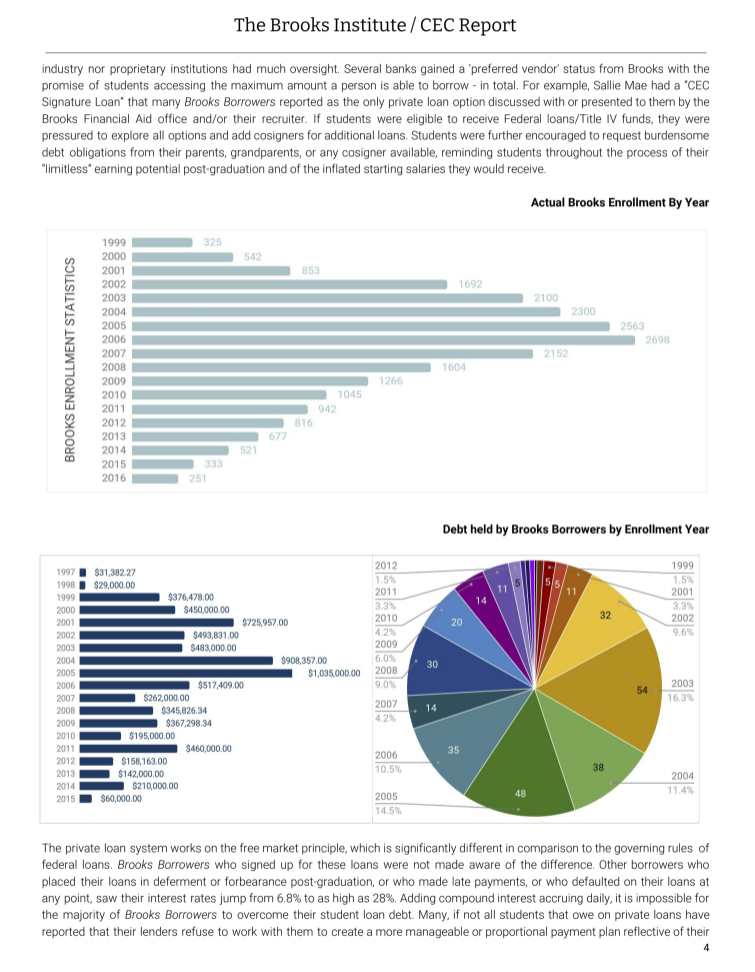 Please visit our google drive to download course catalogs, graduation & job fact sheets, admission forms and applications, etc, uploaded by other Brookies. You may need to sort by ‘name’ in the upper right to put them in chronological order.

If you have documents you would like us to add, please use this UPLOAD DOCUMENTS FORM. 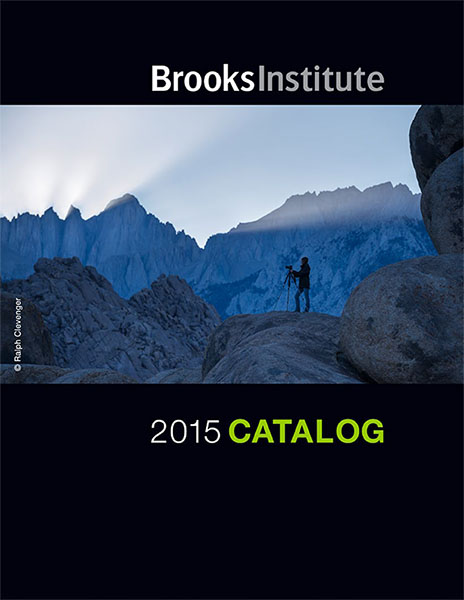 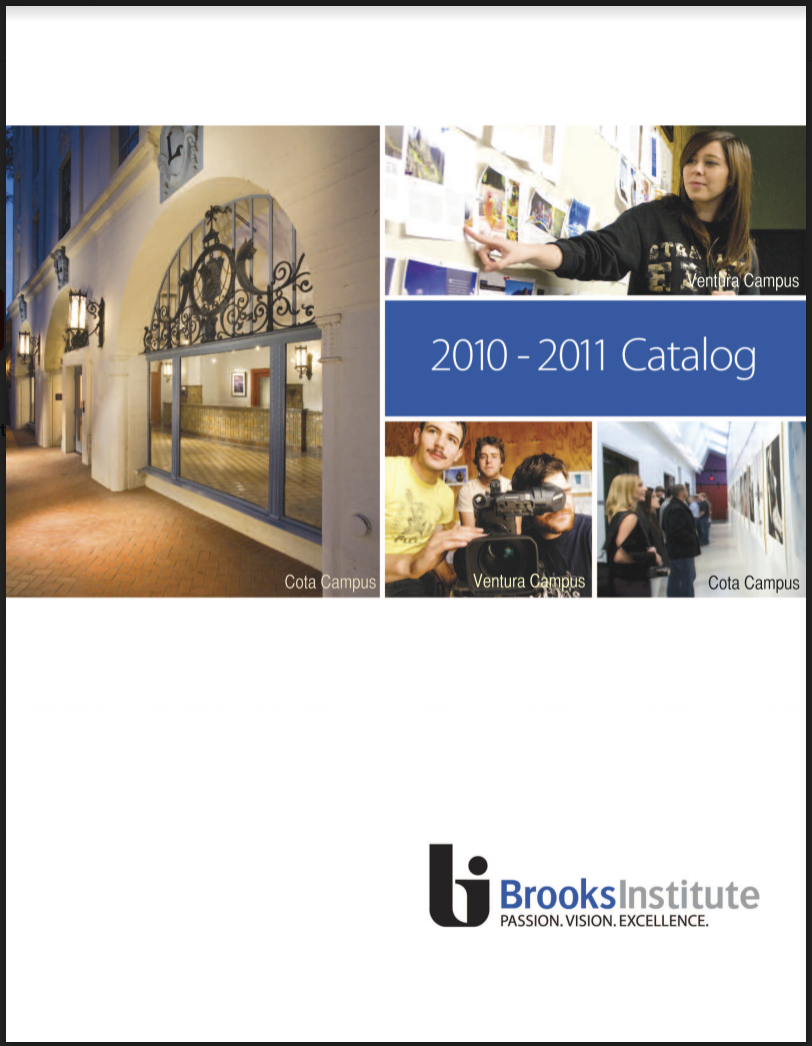 BPPE ATTEMPTS TO SHUT BROOKS DOWN

In 2005 the state of California BPPE: Bureau for Private and Post-Secondary Education – Sent a Notice of Conditional Approval to to Greg Strick, president of BIP, after an undercover investigation shows they were willfully misleading perspective students on job and graducation rates.

“the Bureau has determined that an  unconditional grant of approval to operate is not in the public interest. Based upon the Renewal Application,  information and materials submitted by Brooks Institute in response to the subsequent Compliance Visit  Report and materials and information reviewed during the Unannounced Visit that followed” 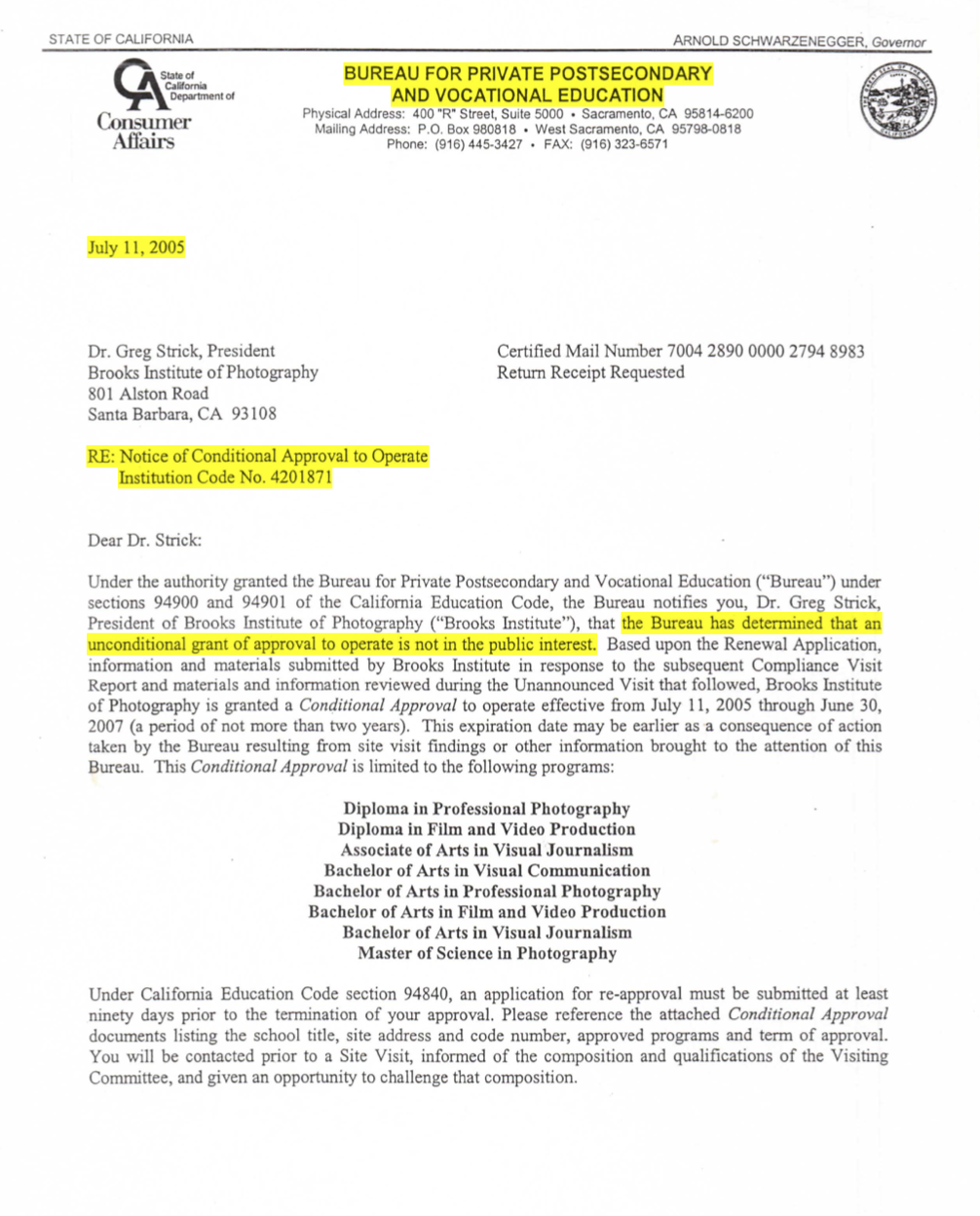 In late 2007, BIP Borrowers were notified of a class action lawsuit that had started in 2005 regarding stating false graduation rates and job statistics along with aggressive recruiting practices.

This class action, argued by The Braun Law Group, also included two other CEC owned schools, Brooks College and Los Angeles Campus of American Intercontinental University. For those aware it was happening, the lawsuit was a sliver of hope for potential relief. For those who weren’t aware it was a divisive limitation to their future possibilities. On the small card sent by an obscure law firm there was an area to opt out of the class action suit, however, many students did not understand they needed to respond and even more thought it junk mail or an unwanted solicitation. Very few students opted-out. The language in the class action lawsuit stated that anyone who attended Brooks Institute between 1999 and 2007 and did not physically opt-out were considered part of the lawsuit and could not enter or start another lawsuit against CEC. ​The settlement wasn’t issued until 2009.

Most class members ended up only receiving, if anything, a month or two worth of loan payments. 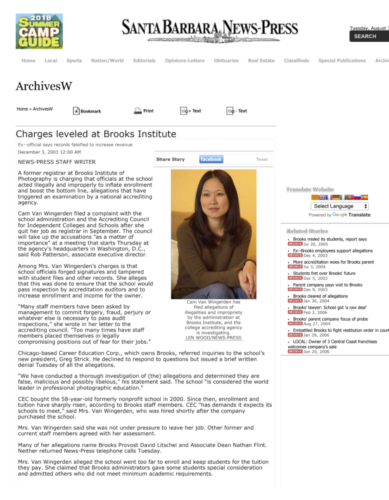 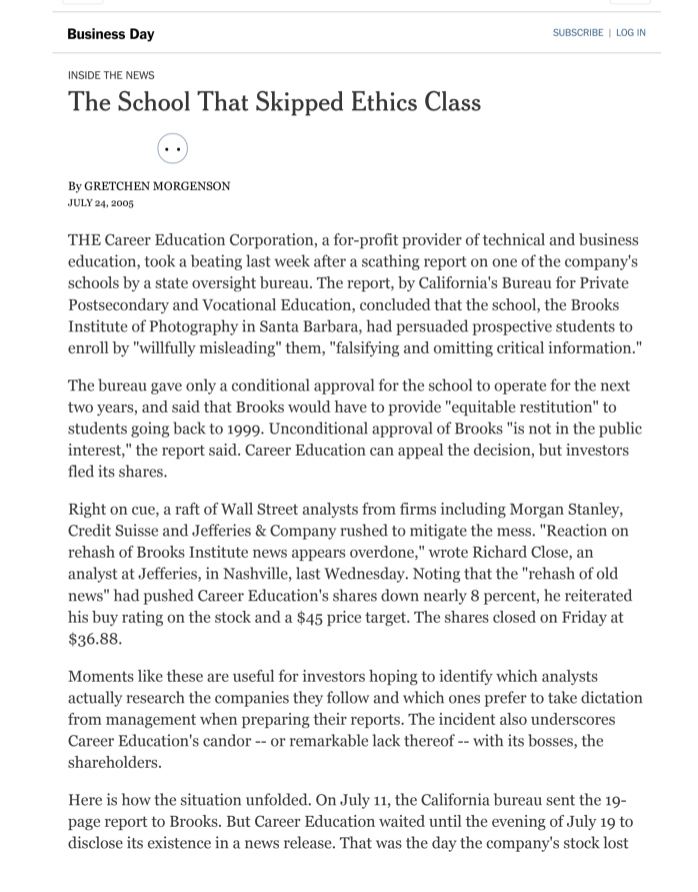 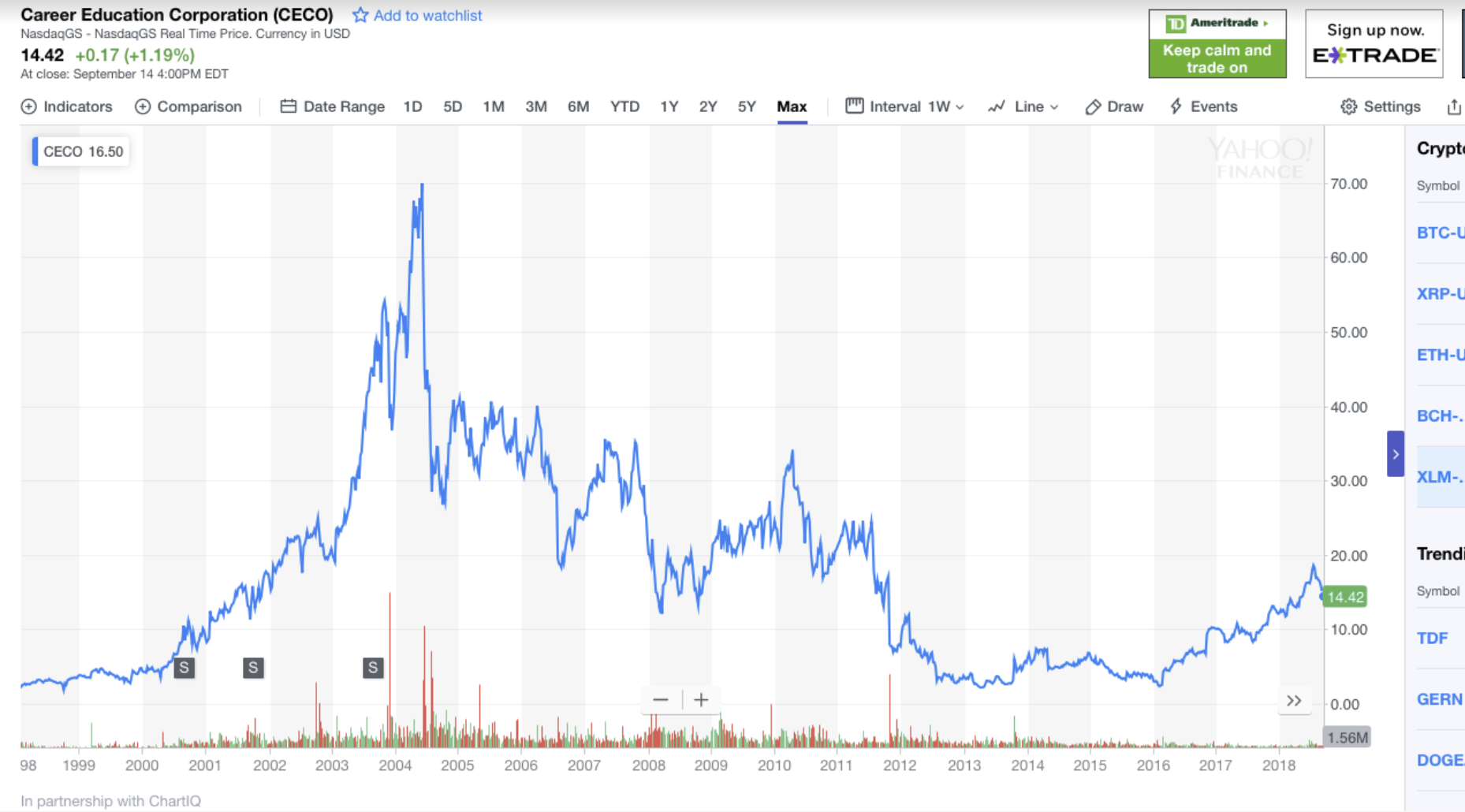 In early 2006, the Securities and Exchange Commission closed its investigation into allegations that CEC had inflated attendance figures. This news was welcomed as shares fell from its peak of $70 to $31 over a two year period. However, the feeling didn’t last when the first quarter earnings showed a decrease in enrollment, and the annual forecast wasn’t positive. The shares dropped another 14% and shareholders were clearly upset over their losses, even after a wall street analysis claimed CEC had cleaned up its act, further showing they were not operating with their customers nor in the students best interest.

NYT provided a chart showing the number of recruiters that were hired compared to Career Services advisors at CEC education institutions. Using sales, increased enrollment, and loans issued to students as their recipe for success, CEC showed it was driven by shareholder interests and corporate tax-funded profits, instead of by students education.

Bostic spent $2 million for his unsuccessful campaign to replace CEC Board Members. In response, CEC spent more than double the amount in shareholders money defending its practices. Expensive infighting was one of many ways CEC used their Title IV funded profits to cover-up their illegal business approaches.

Pat Pesch, the company’s CFO, in this same call, discussed loan approval being down and CEC finding creative ways to get around the new DoED co-signing standards. Their plan was to also reduce capital spending – corresponding with testimony highlighting Brooks’ neglect of campus upkeep, failure to update or provide equipment, and “firing” instructors, support and administrative staff in the years following. During the Q&A, Pesch discussed closing of as many as 20 underperforming campuses to boost gains.

“The approval rate for non-recourse alternative loans during the second quarter was approximately 8% lower than previous levels, primarily due to changes in co-signer requirements that were imposed on non-recourse alternative loans. We have relaxed the changes in our co-signer requirement, and are working diligently to bring alternative loan approval rates back to historical levels. As we indicated last quarter, with respect to culinary students, we are also diligently assessing other changes—other changes in the extension of credit that will responsibly balance student needs, growth opportunities, cash generation, and profitability”. [Pat Pesch – CFO of CEC 1999 – 2007]

Please use our google drive to search and download files. 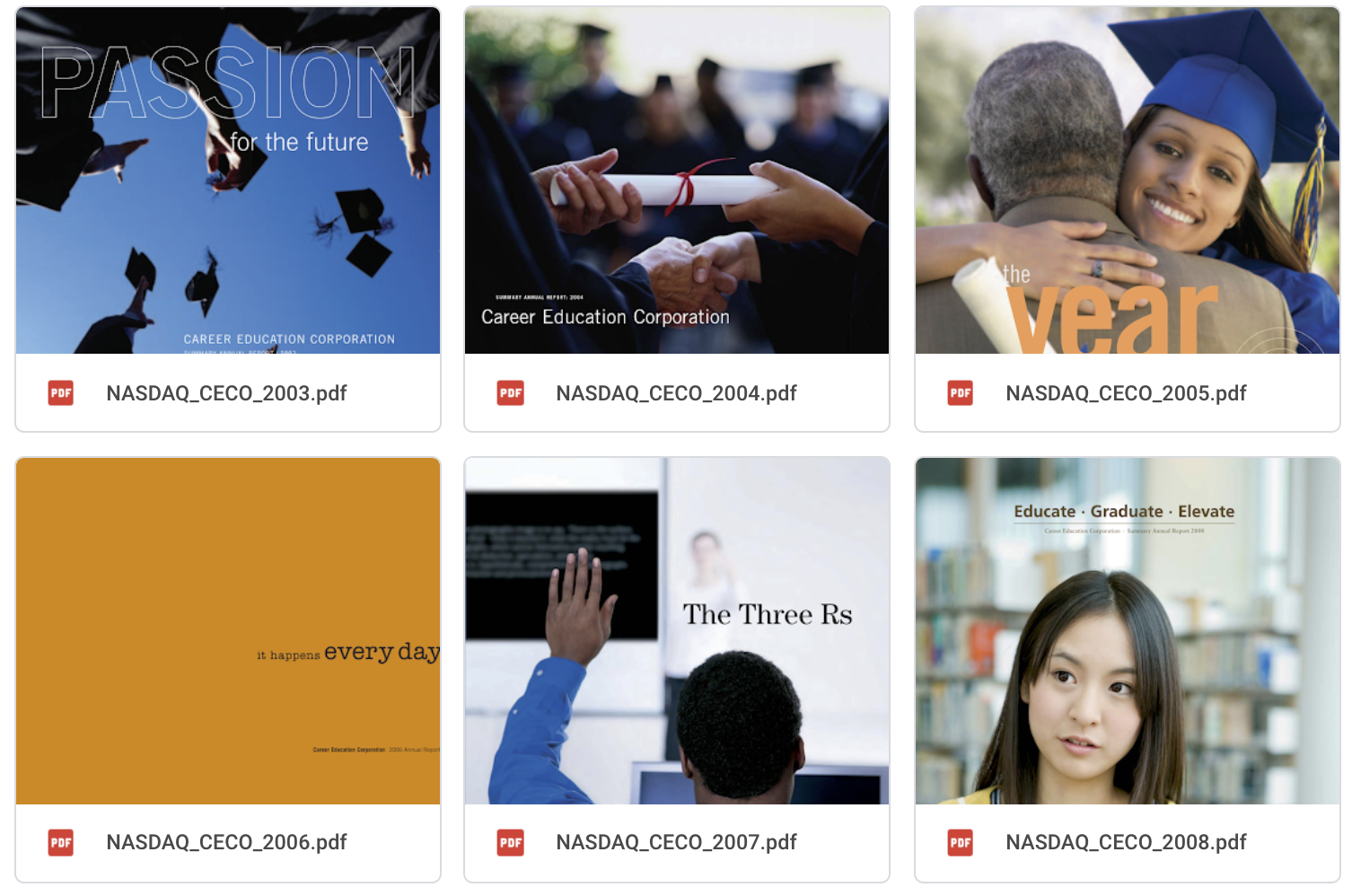 Please use our google drive to search and download files. 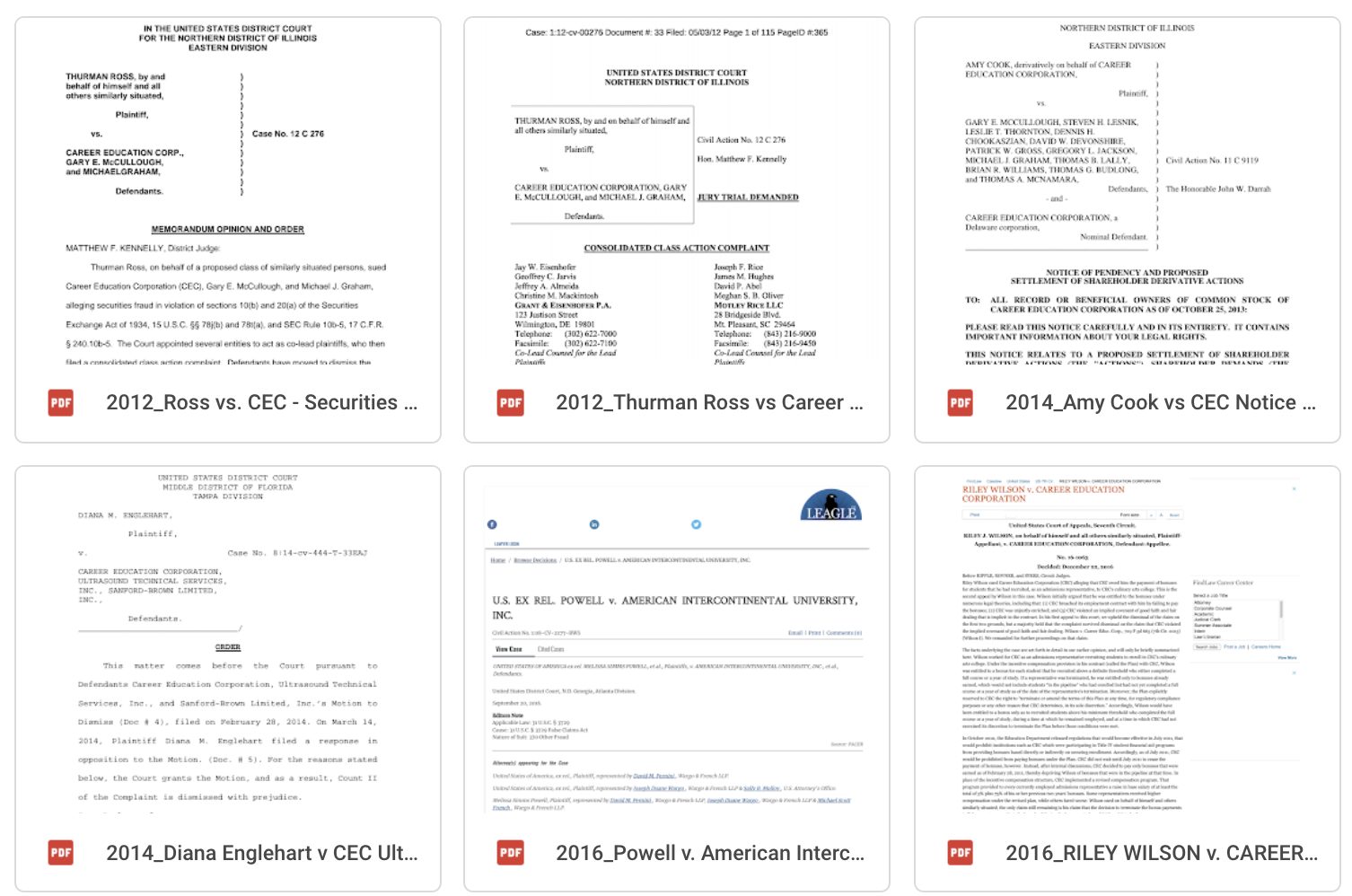 Please use our google drive to view transcripts and congressional reports regarding CEC and or Brooks.

On March 1, 2005, the House Committee on Education and The Workforce held  a hearing on the  Enforcement Of Federal Anti-fraud Laws In For-profit Education, regarding CEC in light of the 60 Minutes segment. Chairman John A. Boehner, Representative Maxine Waters, and other bipartisan U.S. Representatives were presented with witness statements’ regarding the fraudulent and misleading practices that CEC frequently engaged in, to profit from their students by abusing Title IV Funds.

“As Congress reauthorizes the Higher Education Act, our first priority has to be providing access and fairness for low and middle-income students and families struggling with the high price of college. This means holding “nonprofit” schools accountable for the role they’re playing in the hyperinflation of college costs. It means providing fairness for students at proprietary schools. And it means ensuring that federal anti-fraud laws to protect students are both adequate and fully enforced.”

“Career Education Corporation misrepresented graduation rates, promised inflated salaries to prospective enrollees, enrolled students who did not have the ability to complete casework, and focused heavily on boosting enrollment numbers and Federal student aid payments. These actions represent a disservice to students, taxpayers, and those colleges that play by the rules and provide a quality education on a fair basis.”   John Boehner said March 2005 to a US House of Representatives hearing on abuse in the student aid program and the proposed changes to the College Access and Opportunity Act, H.R. 609

“In a statement made to Congress by Maxine Waters, CA U.S. House of Representatives, during a testimony on the 90/10 Title IV funding congressional hearing, includes excerpts from a letter written by a CEC owned American Intercontinental University employee, “We have been raising issue with these questionable practices ever since CEC bought AIU three years ago. We saw the demographics shift to primarily low income, D average (and below) students who were ill prepared to commit to the  structure, rigors and requirements of a design college. They  were taking out huge federal loans to pay for their tuition, and then because they had no funds for supplies, transportation, or even food, would fail. I have a DEEP SEATED moral problem with targeting these students, getting hold of their financial aid monies, and lying to them in a variety of ways (i.e. they will be able to get a B.A. degree in two years, they will be able to get a job with JayLo designing, they will be able to get a job with Spielberg  and the list goes on and on). As stated above, the majority of these students recruited are not ready for a college,  especially one that will land them $60,000 to $80,000 in debt IF they finish, which the majority does not. They have no discipline to come to class, to do the work required for completion of the course and we flunk a large number of these applicants. But that’s ok to the Administration. They allow them to withdraw or take a leave, they collect their financial aid and let them back in after a quarter off. A student who had flunked EIGHT QUARTERS (that is 3 classes each quarter at a minimum of $1800 per class for a total of $43,200.). He was re-admitted last year only to continue his poor academic standards, flunking or withdrawing from his classes!!!!!! This is not unusual.’ The faculty hold these students to standards that are in keeping with college level classes, even though we are repeatedly pressured by the administration to “work with them” meaning, “pass” them through so they do not drop out and we can no longer get their federal money!”